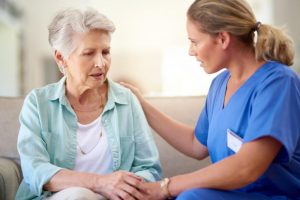 Alzheimer’s is about as scary as they come, but it’s important not to jump to any conclusions if you think you or a loved one might be afflicted with it. If you know you have a history of Alzheimer’s in your family, then you should absolutely be on the lookout for it, but tread carefully. Here are some things you should avoid doing when it comes to diagnosing Alzheimer’s.

As tempting as it might be to think we have all the answers with the internet just a click away, it’s important to remember that only a doctor with experience working with Alzheimer’s can give a diagnosis – generally this will be either a neurologist (who specializes in brain disorders) or a geriatric physician (who specializes in older patients). The internet can be a great source of information, but it doesn’t have all the answers and conducting a few Google searches is not the same as earning a medical degree, completing a residency, and building experience working with patients in a healthcare setting.

As mentioned above, if you have a history of Alzheimer’s in your family, you should absolutely be on the lookout for it, but don’t make the mistake of thinking every lapse in memory is a sign of Alzheimer’s. Everyone experiences a certain amount of memory loss as a normal part of aging, so don’t start diagnosing your loved ones with Alzheimer’s simply because they can’t remember where they left their keys.

While Alzheimer’s has long been linked with dementia and memory loss, it’s much more than that. In the later stages of the disease, patients begin to lose motor function and even control over their bladder and bowel movements. Their growing confusion and inability to remember things is only a part of the reason they end up needing help with daily tasks – the other big reason is that they need so much help physically performing daily tasks.

That’s why, when doctor’s conduct an exam to determine if a patient has Alzheimer’s, they look at much more than just memory function. They do a complete physical exam, including checking the patient’s pulse, temperature, and their heart and lung function. They’ll also ask about things like the patient’s diet, their alcohol consumption, whether they smoke, and other factors that could impair their cognitive function, but could also affect other aspects of their health.

Other cognitive functions also tend to be impaired in patients suffering from Alzheimer’s, including the ability to solve problems, do basic math, or use or understand language in daily communication. A doctor who knows what they’re doing will test all of these things before diagnosing a patient with Alzheimer’s.

Failing to Understand the Stages

Alzheimer’s has seven stages, although most patients don’t exhibit any symptoms until the second or third stage. Nevertheless, it’s important to understand that diagnosing Alzheimer’s isn’t as simple as saying, “You have Alzheimer’s.” You need to determine what stage the patient is in before you can decide the best way to proceed, including the level of care they need, and how long it’s likely to be before they’ll need a higher level of care.