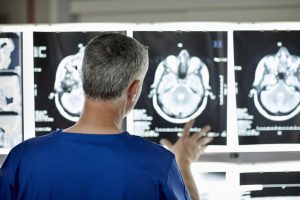 A diagnosis of Alzheimer’s is one of the scariest scenarios imaginable, not just because there are few things more frightening than losing our mental faculties, but also because there is currently no cure for the disease. But researchers have been hard at work for decades trying to find a cure, and recent discoveries could bring us a cure sooner than you might think.

The first factor that determines your likelihood of getting Alzheimer’s in the first place is your genes. Most people know that if they have a relative with Alzheimer’s, they’re significantly more likely to develop the disease themselves, so we know genes play a large role in determining who comes down with Alzheimer’s and when.

On the one hand, we have the presenillin 1 gene, and we know that people with a mutation in that gene are significantly more likely to develop early-onset Alzheimer’s, meaning they start to show early symptoms in their mid to late forties and have full-blown Alzheimer’s in their fifties.

We already knew that people with an APOE4 gene were 3x to 4x more likely to develop Alzheimer’s compared to people who only have the APOE3 gene. On the other hand, if you have on APOE2 gene, you’re slightly less likely to develop Alzheimer’s compared to people with only APOE3 genes. But a mutation of the APOE4 gene has recently been discovered and it could change everything.

Harvard researchers have been studying a very large family in New Zealand with the presenillin 1 genetic mutation that predisposes them to early-onset Alzheimer’s. Many of them have, in fact, developed early-onset Alzheimer’s, but one woman didn’t show symptoms of Alzheimer’s until she was in her 70s. Although she had the presenillin 1 genetic mutation, she also had an unusual mutation in her APOE gene, which has been named APOE3Christchurch (APOE3ch) after the New Zealand city in which the mutation was discovered. Furthermore, this woman had two versions of this same mutation, meaning she inherited it from both her mother and her father, and researchers think it could be the key to her resistance to Alzheimer’s.

In addition to our genes, another factor in developing Alzheimer’s has to do with a protein in the brain, called tau, which is responsible for destroying brain cells. Researchers think that tau builds up in the brain after amyloid protein forms plaque in the brain, but this woman in New Zealand has a relatively small amount of tau in her brain, despite the fact that her brain was full of abnormal amyloid plaques (even more so than most people with Alzheimer’s).

Researchers suspect that this woman’s APOE3ch mutation could be the key to the relatively small amounts of tau built up in her brain. This research is still in the preliminary stages, but so far, they have been able to create a special protein in the lab that mimics the effects of the APOE3ch mutation and reduce the uptake of tau in the brain.

We probably won’t see a definitive cure for Alzheimer’s in 2020, since researchers have to conduct experiments to make sure they can reproduce the results before they can put anything on the market, but there is a light at the end of the tunnel.

Here at Stillwater Senior Living, we treat our residents like family. Our apartments include studio, one bedroom, and two bedroom suites, and we are pet friendly. They are designed with security features, maximum accessibility, and include walk-out patois with a full range of amenities for the entire family. We are also excited to open our Memory Care Neighborhood in the Spring of 2020.