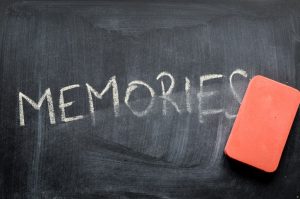 Alzheimer’s is a progressive disease that starts with few, if any, symptoms and works its way towards severe impairment of cognitive, and even physical abilities before the patient dies of the disease. Although it’s important to remember that Alzheimer’s affects everyone differently, it can be helpful to understand the five main stages of Alzheimer’s disease if you or someone you love has been diagnosed, so you can have an idea of what to expect.

The first stage of Alzheimer’s is called “preclinical” because the disease starts to affect the brain long before any symptoms appear. In some cases, it can go on for years, or even decades, before the patient starts to show symptoms.

This stage of the disease is characterized by deposits in the brain of amyloid-beta, a protein that has been linked to Alzheimer’s disease. Thanks to new imaging technology, we can now see deposits of amyloid-beta building up in the brain before symptoms appear or parts of the brain start to decay. Because patients in this stage of the disease do not have symptoms, this phase can be identified only in research trials, but it might become key to diagnosing the disease in patients before they show symptoms.

Genetic testing can also be done to give patients an estimate of their likelihood of developing Alzheimer’s disease.

The second stage of Alzheimer’s disease also tends to go undiagnosed because the symptoms are usually mild enough to either go unnoticed or they get attributed to something else. At this point, the symptoms are not severe enough to affect the patient’s work or interpersonal relationships, which makes it less likely that someone will report them to a doctor.

People with MCI tend to have trouble remembering appointments or pieces of conversation. Their judgment might also be impaired, making it harder for them to judge how long it will take to complete a task, or to remember the necessary steps to complete a task and the order in which those steps need to be taken.

Even when MCI becomes noticeable, patients with Alzheimer’s disease often go undiagnosed during this stage because MCI can be caused by other things. If the symptoms do warrant medical attention, a diagnosis is dependent on a doctor’s judgment based on their professional review. But, if necessary, the same imaging technology used to diagnose Alzheimer’s in the preclinical stage can be used to identify it in the MCI stage.

Mild Dementia Due to Alzheimer’s Disease

The symptoms in this stage tend to be severe enough to alert friends and family to the fact that something is wrong, so this is the stage when most patients are diagnosed with Alzheimer’s disease. People with mild dementia might experience one or more of the symptoms below:

Moderate Dementia Due to Alzheimer’s Disease

People in this stage of the disease usually begin to need help with daily tasks and self-care as they become more confused and forgetful.

This is also when significant changes in personality and behavior tend to appear, and it’s common for people in this stage of the disease to become suspicious. They might become convinced that family members or caregivers are stealing from them, or that a spouse is having an affair.

Hallucinations have also been known to happen in this stage of the disease.

Severe Dementia Due to Alzheimer’s Disease

Here at Stillwater Senior Living, we treat our residents like family. Our apartments include studio, one bedroom, and two bedroom suites, and we are pet friendly. They are designed with security features, maximum accessibility, and include walk-out patois with a full range of amenities for the entire family. We are also excited to open our Memory Care Neighborhood in the Spring of 2020.