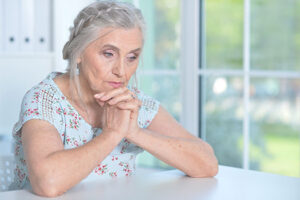 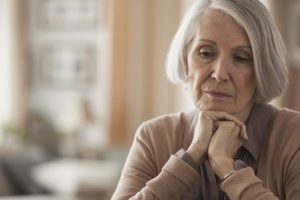 When you consider risk factors for seniors, you might think about things like an increased risk of falling and sustaining a serious injury, increased risk of disease, and decreased mental and physical capabilities. While those are all serious concerns for older Americans, there’s another danger they face you probably haven’t considered: loneliness.

Loneliness as a Health Risk

Experts have known for a long time now that loneliness can be a predictor of everything from depression to heart disease, and while many people have pointed out that our society as a whole is becoming increasingly isolated, older Americans are especially vulnerable to loneliness.

A recent study conducted by the National Poll on Healthy Aging surveyed more than 2,000 Americans between the ages of 50 and 80 and found that more than a third of them reported feeling a lack of companionship at least some of the time, with 27% saying they feel isolated. Almost 30% reported socializing once a week or less. The women surveyed were more likely than men to report a lack of companionship.

Those who reported feeling isolated were also much more likely to rate their mental health as either fair or poor. This is not surprising, since the connection between mental health and physical health as been well established for many years now.

Rates of suicide among older Americans have been on the rise lately and there’s no doubt that isolation is a major factor. Whether from poor health or suicide, experts estimate that isolation is linked to shortened life spans as much as smoking, and even more than being overweight or sedentary.

On the surface, it might seem like loneliness is something that’s easy to fix, but the truth is that, while living alone was certainly connected to an increased risk of loneliness, some respondents who live with other people still report feeling lonely if they don’t have a strong emotional connection to the people who live with them. Living with their children or grandchildren might seem like a good idea, but it can end up enhancing feelings of loneliness and isolation by highlighting the differences between generations.

How Assisted Living Can Help

While many people might think of assisted living as something people only need when they can no longer do certain things for themselves, an often-overlooked benefit of assisted living is a sense of community. Living with people who are close to your own age is a benefit that should never be underestimated. And many assisted living communities (including Stillwater Senior Living) offer programs throughout the week to help residents get to know each other and form strong bonds that will last them the rest of their lives.

If you have any questions about the wide array of benefits assisted living can offer you or your loved one, please reach out now because we love nothing more than talking about all the ways we help our residents.